Reading the signs (and why we often don’t) 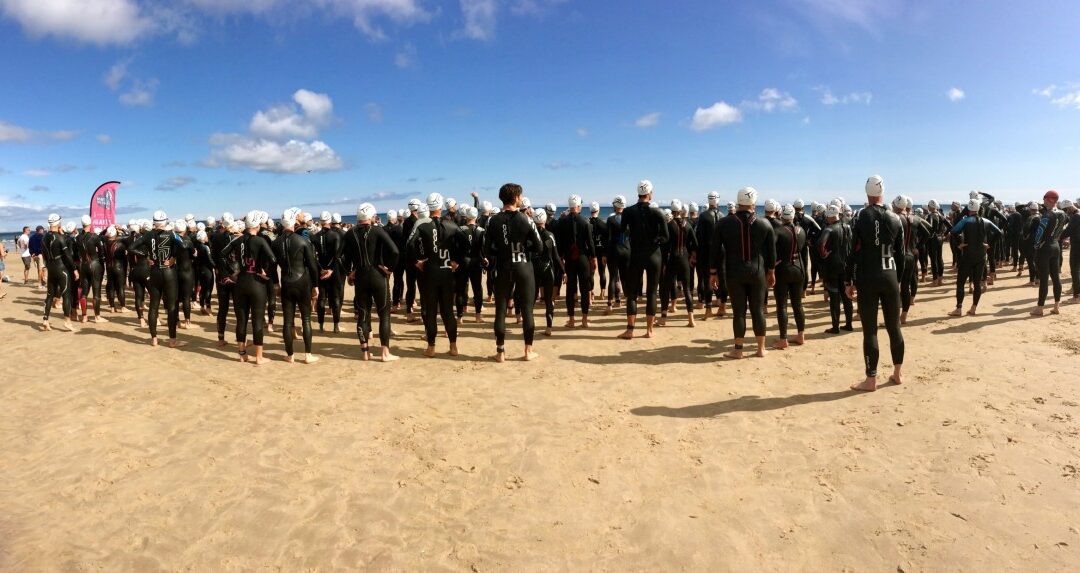 Last weekend I took part in the Dubai Ironman 70.3 – for a little while, anyway! Not long after starting the swim, my hips went into cramp. I hoped the cramps would settle, so I carried on. But the cramps didn’t settle, they got worse and by the time I’d come out of the water, I could barely walk. Still, I tried to stretch my hips out, and after quarter of an hour in transition and literally lifting my leg over the crossbar with my hand, I got on the bike. I managed 200 metres before I gave up and headed for the medical tent. Very slowly. I was offered a wheelchair, but I thought that seemed excessive, so I limped to the tent under my own steam, using the bike for support. By this time, the cramps had spread through most of my legs.

In the medical tent, I received a painkilling injection and about an hour of massage to relax my muscles. My family had joined me by this stage, and once the pain had settled we headed home. I could walk pretty normally by then, and even felt that I could have completed the bike and run such was my apparent recovery. But home we went for a cup of tea. Then I went to the loo, and what should have been pale and yellow was dark and brown. So I drank a lot of water and headed to accident and emergency. A blood test showed that I had rhabdomyolysis, a condition where enough muscle tissue has broken down that it can cause kidney damage. The normal value for the CK levels – the marker for this condition – is between 50 and 200. Anything over 1,000 is rhabdomyolysis. Anything over 5,000 suggests the condition is severe. My levels were over 100,000. So I was put on a drip and spent the next 48 hours in hospital having saline pumped into my arm.

This episode made me wonder why I had pushed myself so hard that I’d done so much damage to my body. I didn’t really have anything to prove – I completed the same race last year without incident. And I could have pulled out at any time. In the sea, I could have rolled onto my back, stuck my arm in the air and been rescued. On finishing the swim, I could have headed straight to the medical tent. I could even have accepted the offer of the wheelchair. What behavioural biases caused me to be so stubborn?

There was an element of overconfidence. Having done the race before, I thought I should have been able to do it again. Cramps can ease, and then I’d be fine. If the pain is something I can swim through, how serious can it be? I suspect there was also a sunk cost effect too, both long and short term. I had been training for months, and for that to go to waste five minutes into the swim would have been tough. But also, having started the race – the swim, even – invested that time in competing, I didn’t want that to be for nothing. There was also an element of herd mentality. Everyone else is swimming and if I stop, I’ll stick out like a (very) sore thumb.

I do realise that I am now suffering from hindsight bias. It’s clear, looking back, that I should have stopped earlier than I did. Should I have known? I’ve had cramp before but it’s never hospitalised me. But I suppose that this in itself is an example of availability bias – the cramps I’ve had have never been that bad.

This experience also started me thinking about mental health, and how hard people can push themselves in their jobs. I’m sure many of the same principles apply. Some people may have pushed themselves hard at work in the past, just maybe not this hard or for this long. And having already given a lot to a project or a role, they feel they have to see it through whatever the cost. Anyway, everyone else seems to be pushing hard, so it must be ok. They don’t believe that the short-term pain can have long-term consequences. But for some it might – depression, burn-out or worse.

I’m now on the road to recovery. Fortunately I was treated promptly and it looks like I’ll be fine, despite pushing on when I should have stopped. But physical symptoms are relatively easy to spot and to test for. For anyone wondering whether they are pushing themselves too hard mentally, hopefully this post will encourage them to stop and think.